A visit from the deputy prime minister, Prof. Dr. Zorana Mihajlović to the Safe house

The deputy prime minister of the Government of the Republic of Serbia and the president of the Coordination body for gender equality, Prof. Dr. Zorana Mihajlović paid a visit to the women and children migrants on the incoming platform of the Belgrade bus station and to the protégés, mothers and children who are accommodated in safe houses in Belgrade and gave them donations gathered in the humanitarian action of the deputy prime minister’s Cabinet.

Mihajlović told the migrants that she sympathizes with the mothers with small children who travel on foot for longer than one month and that she hopes that the donations of the companies who answered to the action will make their unenviable position a little easier.

“I want to tell you that you’re not alone and I want you to find your new home as soon as possible wherever you decide”, said Mihajlović.

Mihajlović paid a visit and delivered donations to the women and children accommodated in three safe houses in Belgrade, where there are 24 women and 26 children at the moment.

She told them that the difference between them and the women and children migrants lies in the fact that they don’t live in a war-torn country, but despite that they had to search for salvation for themselves and their children.

“Domestic violence is a problem of the whole society, as well as a real war.” Enough with violence. We can’t allow that any woman in Serbia has to escape from her home in order to save her life and the life of her children”, said Mihajlović.

She gave her special thanks to the companies which donated food, personal hygiene items, baby clothes, strollers, baby equipment, toys and various baby articles in the amount of 1.4 millions of dinars to the vulnerable women and children.

“I owe my special thanks to the companies that showed high social responsibility by helping those who went through hard times”, said Mihajlović. She thanked the companies Jaffa, MCG Group, Dexy Co, Beba Brestill, Podravka, Lomax Company and Color Press Group, as well as the Red Cross of Serbia for offering logistic assistance in distributing donations.

Vesna Stanojević thanked the professor Mihajlović for coming and for the attention she gave the women and children victims of violence and for the donation that came to the protégés of safe houses in Belgrade on her initiative. 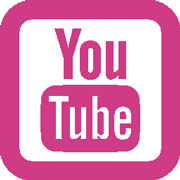